Looking Back, Charging Ahead: A write-up for our debut

We are fast approaching the release of our second issue, and honestly the fact that any of this has happened is pretty insane. With that, I realized that, although we had a photographer friend of ours, Chad Browne-Springer (all photos courtesy of him), document our debut launch party, we never wrote about it, never published the pictures, never really told anyone how the whole thing went down. So I’d like to do that now. 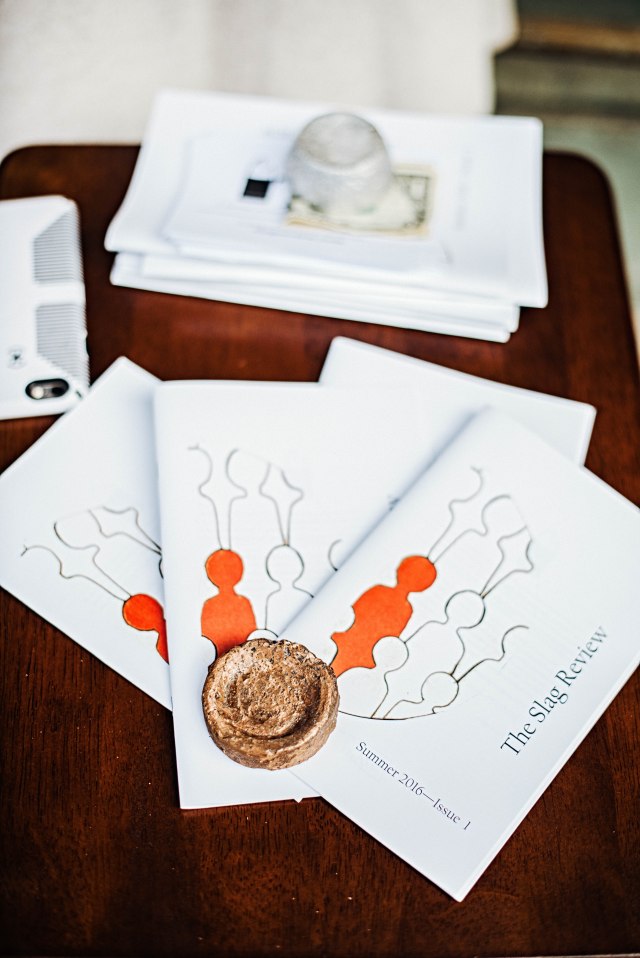 The magazines came out beautifully thanks to our printer, David Gorski, and were accompanied by ingots of aluminum and copper we had recently melted down, the latter of which destroyed our forge in the process. It’s an interesting story.

We shared a studio space for the night with Studio 4, an independent artist collective in Stafford Springs, CT. It was cramped, and it was almost 95 degrees Fahrenheit outside, which meant the tiny studio apartment without air conditioning was swelting. Luckily, we were cooled off by sweet, sweet sangria. We had no idea who would show up, other than some of our contributors, like Lillie Gardner, pictured above.

To our surprise, we had an enormous turnout, and although the air grew thick and humid as people poured in and stuffed themselves into corners, then pulled at us asking things like “Why metallurgy?” “What the hell are you doing?” and “Where’s the sangria?”,  I was just so grateful. 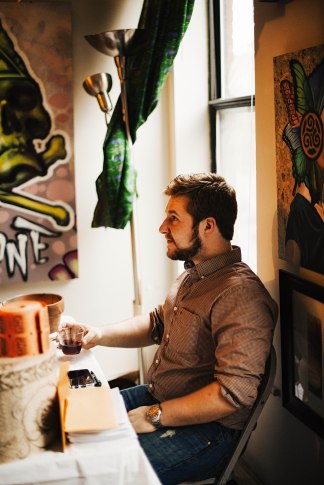 Just look at the gratitude on my tired, sweaty face. 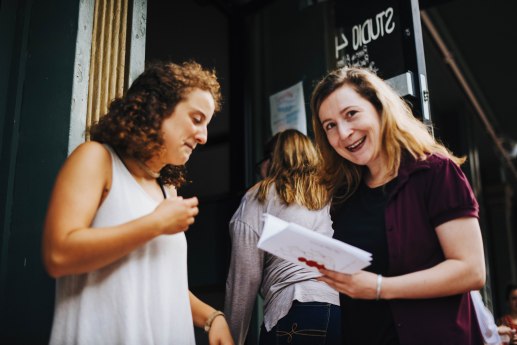 But for real, the support was insane. Ellen Litman, author, professor, and friend, showed up and eagerly purchased one of our magazines. From submissions, to spreading the word, to simple advice, we owe a great deal of the success of our launch to the UConn community, but especially to her, since both Therese and I worked with her on the Long River Review-2016, and in many ways she inspired us to go forward with TSR. 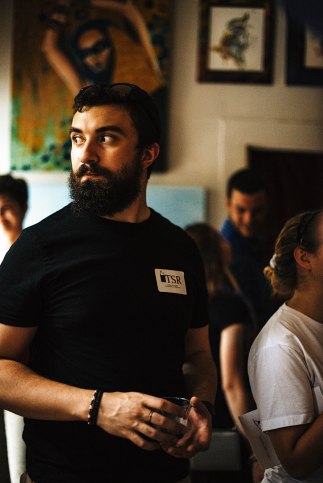 As you can see from the look of quiet bewilderment on Tom’s face, we had no idea how to deal with what was going on. People showed up. Friends, family, strangers from the street who happened to see that hooligans were hanging out of the windows and were curious what could be going on, all of them filed in, picked up a magazine and went “What?” And all we could do was shrug and explain that people made things, and somehow we convinced them that our magazine might be the right home for the things they made. 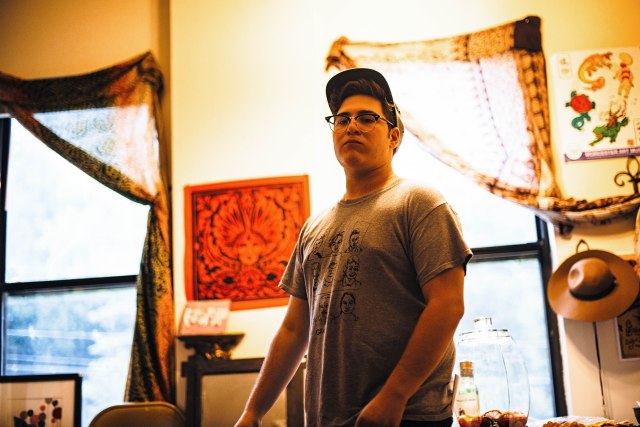 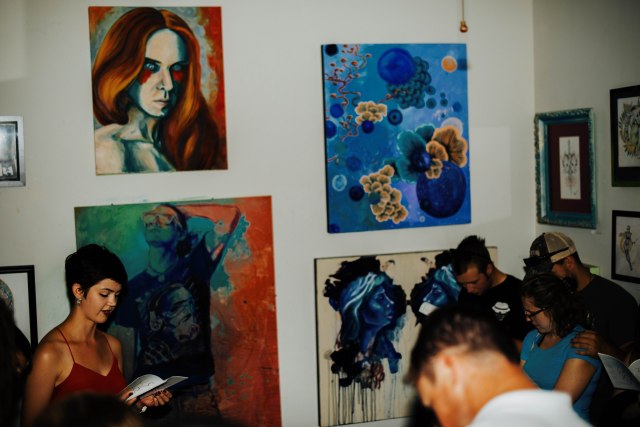 And Lillie Gardner and Zach Bradley (front left in white), who both read, even though they had to stand in a dark corner (because we couldn’t figure out how to turn on the lights), and were probably sweating profusely (because we had to close the windows to block the sound of the band playing down on the street). It was that kind of debut. That messy, who-are-we, how-is-any-of-this-working, could-fall-apart-at-any-second, is-so-haphazard-but-beautiful-for-that-fact kind of party, and I will never forget it.

We’ll be doing it again in three weeks, and it’s likely to be just as crazy. Hopefully it will be cooler, and I can wear a jacket.

And we’ll be selling cool stuff alongside the next issue, so that will be fun. We’re excited to be trying new things, even if we end up messing up. That flower pot there was used as an unconventional forge cover, and in some ways its charred, cracked form is not unlike our aesthetic, which I have carefully described to friends and newcomers as “Fucking up, then rolling with it.”

That’s the point of slag.

Thanks for starting this journey with us-our next issue will be out on Friday October 14, 2016. We’ll have some great things to share with you.